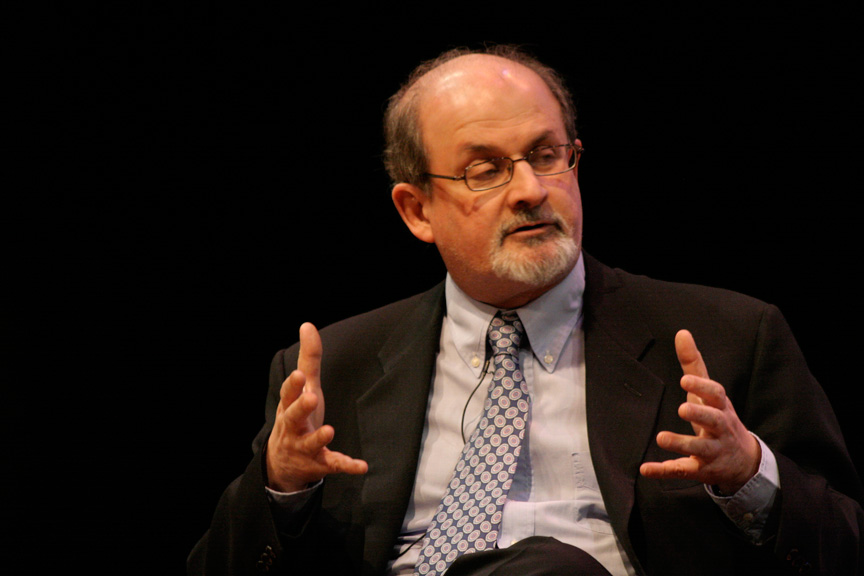 Some of the largest Islamist groups in the Western world condemned Friday’s attempted assassination of British Indian author Salman Rushdie at the Chautauqua Institute in Western New York. However, the overall Islamist reaction was mixed.

The Muslim Public Affairs Council (MPAC), hinting that Rushdie was an opponent of Islam, nonetheless condemned the attack:

“Time and time again, the Prophet was the recipient of verbal abuse because of what he preached. However, he always insisted that there should not be retaliation — instead the response should be shown through moral authority and perseverance,” MPAC said in a statement posted on its website.

“MPAC has been a vanguard of the right of freedom of speech, tracing our work back to 1989 when we spoke out against the fatwa issued against Mr. Rushdie. Freedom of expression is a constitutional and Islamic human right. It is utterly tragic that Mr. Rushdie was assaulted in a public space for his ideas and opinions.”

“No one has the right to physically attack a public speaker over an objection to their speech. Such acts of criminal violence are unacceptable. Period. We expect that law enforcement will prosecute this crime to the full extent of the law. American Muslims, like all Americans, condemn any violence targeting anyone in our society.”

The Muslim Council of Britain (MCB), a leading Islamist organization in the United Kingdom, condemned the attack on Twitter, writing:

“The Muslim Council of Britain condemns the attack on Salman Rushdie. Such violence is wrong and the perpetrator must be brought to justice.”

The National Iranian American Council (NIAC) likewise condemned the attack despite its close ties to the Iranian regime and apologism for its policies.

“We are horrified by the attack on Salman Rushdie and hope for his swift recovery. Iranian Americans know the danger of political and religious violence all too well and we reject it in all its forms,” NIAC wrote on Twitter.

Hadi Matar, 24, an immigrant from southern Lebanon and Hizballah supporter who resided in Fairview, N.J., rushed the stage, stabbing Rushdie repeatedly, leaving him in critical condition.

Iran’s late Supreme Leader, Ayatollah Khomeini issued a fatwa prior to his death in 1989 sentencing Rushdie to death for the publication of his 1988 book “The Satanic Verses.” Khamenei renewed the fatwa in 2018, raising the bounty on Rushdie’s head to $3 million.

A Vice News report claimed that European intelligence agencies believed Matar had been in contact with the Iranian Revolutionary Guard Corps (IRGC) and that it had the hallmarks of a “guided” attack. The attack came on the heels of the U.S. Justice Department’s indictment of an alleged IRGC operative in a plot to kill former National Security Adviser John Bolton and Secretary of State Mike Pompeo in retaliation for the killing of late IRGC chief Gen. Qasem Soleimani.

Rushdie’s injuries are severe. He sustained injuries to his internal organs and reportedly may lose his right eye.

Some Islamist voices were more cautious about the attack.

“I would urge Muslims not to go on the mainstream media to talk about the Salman Rushdie attack. There is no way that we can come out of a media appearance without being trapped one way or the other. Remember, we have the right to remain silent,” wrote Roshan M Salih, editor of the British Islamist web magazine 5 Pillars and an apparent supporter of the Taliban.

“This proves again that their primary audience is no one who cares about freedom or liberty, or free speech,” Zuhdi Jasser, president of the American Islamic Forum for Democracy (AFID), said. “Their primary constituency are the Islamist supremacists. Nobody would reveal their duplicity more than if they were to speak out in defense of Salman Rushdie even … after an assassination attempt and the fatwa that has been against him for over 30 years of existence.

Many Islamists on social media were not as condemnatory. Radical Lincoln University professor Kaukab Siddique appeared to justify Khomeini’s fatwa in the wake of the attack.

“Under cover of a pornographic novel, Rushdie blasphemed the prophet, pbuh, ridiculed the Qur’an, insulted Ayesha, r.a. and Umm Salama, r,a. The western powers supported him. Muslim world was helpless till Imam Khomeini gave the fatwa against him Some stated that controversial Dutch parliamentarian Geert Wilders would be the next target,” Siddique wrote on his website.

There were some who even appeared to welcome the news.

Kwame Madden, a Facebook friend of Siddique’s wrote on his Facebook page in response to the attack, “I don’t feel nothing for this creep,coward,who hid under Western liberal non responsible freedom of speach to slander our deen.”

Zain Siddiqi, an active volunteer with Islamist charity Helping Hand for Relief and Development, head of an Islamic education website named “Traversing Tradition,” and former outreach coordinator for the Arizona branch of CAIR, shrugged off the stabbing of Rushdie.

“Look what Salman Rushdie says about Blacks in his book ‘Satanic Verses’, pg 461. N…eats… This is the author y’all feel bad for?” Ul Haq wrote.