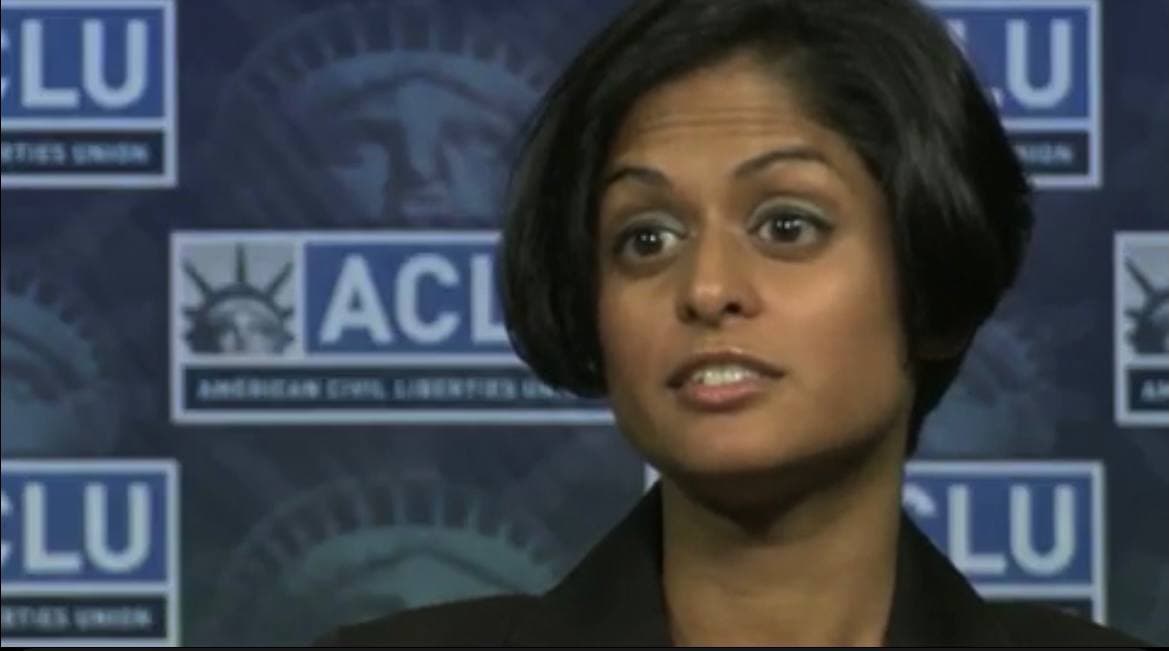 President Joe Biden’s latest list of nominees for federal judge includes a Muslim American lawyer who spent much of her career undermining counter-terrorism investigations and getting suspected terrorists off the hook.

Nusrat Choudhury, a Bangladeshi American director for the American Civil Liberties Union (ACLU), could become the first Muslim woman to sit on a federal bench. However, this historic moment would be overshadowed by Choudhury’s connections to radical Islamist groups and her legal activism on their behalf.

With the backing of Senate Majority Leader Chuck Schumer (D-NY), who lauded the nominee’s “decade-plus experience as a civil rights litigator,” Choudhury is likely to secure confirmation to the U.S. District Court for the Eastern District of New York.  However, the Senate Judiciary Committee should first consider Choudhury’s links to the Council on American-Islamic-Relations (CAIR), a self-proclaimed Muslim civil rights organization accused of ties to foreign terrorist groups and extremists.

In 2010, Choudhury spoke on behalf of CAIR’s Chicago chapter at an Islamic Society of North America conference, where she was described as one of CAIR’s “representatives.” At the time, CAIR was emerging from a public relations crisis after it was labeled a conspirator in a massive federal terror finance trial, with one of its senior leaders receiving a 65-year sentence for funding Hamas, a U.S.-designated terrorist group.

More recently, CAIR generated headlines thanks to its ongoing campaign to free “Lady Al Qaeda” Aafia Siddiqui, a Pakistani-American neuroscientist serving an 86-year sentence for attempting to murder U.S. troops. Siddiqui’s freedom is a cause célèbre of Islamists and jihadists around the world, inspiring a British national to detain hostages inside a Colleyville, Texas, synagogue on January 15, bartering their lives in exchange for Siddiqui’s release.

Following her nomination, CAIR-Chicago called Choudhury and her employer “strong allies and friends to CAIR-Chicago in our work to protect the rights of those facing hate and discrimination.” Yet, Choudhury’s “friends” at the Chicago branch are unabashed extremists. This includes Ahmed Rehab, CAIR-Chicago’s longtime director, who has defended Holocaust deniers and bashed LGBT Muslims.

It is no accident that Choudhury’s legal activism neatly coincides with CAIR’s institutional goals. While the ACLU director was battling the NYPD in court, hoping to end its surveillance of suspected Muslim terrorists, CAIR responded with complimentary press releases, major media appearances, and fundraisers.

When Choudhury was tackling the “no-fly list,” a subset of the U.S. government’s Terrorist Screening Database that blocks suspected terrorists from air travel, CAIR mirrored her efforts by suing the government to end the program.

In Raza v. City of New York, Choudhury was part of a team of civil rights attorneys who claimed that city law enforcement engaged in “suspicionless surveillance of Muslim New Yorkers.” Even after reaching a settlement in the case, the city continues to deny that it monitored Muslim individuals and organizations based solely on their religion. In fact, an affidavit from NYPD Deputy Commissioner for Intelligence David Cohen demonstrated numerous recent cases in NYC where police surveillance led to the disruption of serious terrorist plots.

NYPD attorneys submitted evidence demonstrating probable cause to investigate each of Choudhury’s clients. For instance, in the case of Masjid Al-Ansar, a Brooklyn-area mosque, NYPD intelligence documented at least nine attendees who were convicted of crimes for joining, supporting, or conspiring to carry out plots on behalf of Al Qaeda and other “jihadist fighting groups.”

Another client, Mohammad Elshinawy, preached at Masjid Al-Ansar and organized a 2005 paintball trip with local Muslim students, which he allegedly described as training for jihad. Witnesses called the police in 2008 to report Elshinaway and others taking part in “secretive and highly unusual” outdoor training in martial arts and obstacle courses, and the FBI was investigating the imam for his potential role in recruiting at least four Muslim men convicted of attempting to travel overseas to fight for jihadists.

Biden’s nominee also represented Asad “Ace” Dandia and his nonprofit, Muslims Giving Back (MGB). Police allege that Dandia tried to organize a 2011 trip to Pakistan with his “close associate,” Justin Kaliebe, who pleaded guilty to plotting to travel overseas to join Al Qaeda. Police claim that Dandia supports “violent jihad” and attacks against Shiite Muslims, and that he was an enthusiastic fan of Al Qaeda commander Anwar al-Awlaki.

Years after the Raza case was concluded, MGB was exposed for hawking “Martyrs Never Die” and “#GazaStrong” wristbands, with all proceeds benefiting Islamic Relief Gaza, a notorious charity outlawed in Israel and U.A.E. for coordinating with Hamas.  Furthermore, MGB partners closely with the Muslim Community Patrol, a radical neighborhood watch group that comes from a long line of Islamic vigalantes attempting to assert control over Brooklyn neighborhoods.

Choudhury’s case changed the way that the NYPD handles investigations into political activities, limiting the use of informants, curtailing the duration of inquiries, and even censoring a department study of homegrown terrorism. However, Islamist groups like CAIR remain unsatisfied after a 2016 inspector general report revealed that 95 percent of the city’s investigations into religious and political activity targeted Muslims.

Choudhury continued representing Islamic extremists in Latif v. Holder, a landmark federal case that sought to remove 13 Muslim citizens and residents from the government’s no-fly list and establish a process of redress for suspected national security threats. On the other hand, authorities were concerned with protecting classified evidence and sensitive government sources.

Choudhury fought long and hard so that Mohamed Abdirahman Kariye, a Salafist imam from Portland, could travel freely around the world. Yet, she failed to secure the cleric’s removal from the no-fly list, and for good reasons. According to the FBI, Kariye coordinated with Osama Bin Laden and other terrorist masterminds, and he is linked to Al Qaeda’s pre-cursor, Makhtab Al-Khidamat.

An FBI affidavit alleged that Kariye played a significant role in assisting the Portland Seven, members of Kariye’s mosque who travelled to China in hopes of joining the Taliban’s jihad in Afghanistan. Defendants in the case told an FBI informant that Kariye helped fund their trip abroad and had “spoken out very strongly for jihad.” The imam’s citizenship was revoked in 2019, reportedly for lying to immigration agents when he applied for naturalization, and Kariye returned to Somaliland as part of a deal with the U.S. government.

Other clients in Latif v. Holder may not match Kariye’s notoriety, but U.S. authorities claimed to possess classified information warranting their inclusion on the no-fly list. In some cases, even publicly available information supported the government’s actions. One plaintiff, a Yemeni citizen, allegedly lied to immigration authorities about the timing of a trip to Yemen, apparently to avoid forfeiting his lawful permanent resident status, while another corresponded over email with a Muslim cleric believed to be under law enforcement surveillance.

Even after Choudhury and her colleagues convinced the courts to enforce a revised appeals mechanism for individuals on the no-fly list, nearly half of her 13 clients remain barred from air travel.

These remaining plaintiffs continued to seek reforms, but a district court ruled that the government’s redress process satisfies due process.

Choudhury’s legal baptism with the ACLU came in the 2009 case Raed v. Harris, when she represented Raed Jarrar, an Iraqi-born activist who serves as advocacy director for American Muslims for Palestine (AMP). A radical anti-Israel nonprofit known for promoting anti-Semitic conspiracies, AMP grew out of a Hamas public relations outfit shuttered in 2004 for funding the terrorist group, and its leaders promote armed resistance against Israel.

Thanks to Choudhury’s representation, Jarrar won $240,000 in damages after a Transportation Security Administration inspector forced him to remove a t-shirt bearing Arabic script in order to board his flight. In 2017, Jarrar faced problems with traveling again, this time when he tried to visit Israel, which denied his entry based on Jarrar’s support for the anti-Semitic Boycott, Divestment, and Sanctions movement, which seeks to destroy Israel through economic and diplomatic isolation.

Jarrar was perhaps the first in a long line of Islamist clients to receive legal support from Choudhury, a fact that is sure to please this politically active subset of Muslim Americans. Indeed, CAIR and other Islamists aren’t satisfied with just any Muslim American judge. When Biden nominated Zahid Quraishi, the first Muslim federal judge in U.S. history, CAIR leaders were “furious,” calling the nomination “insulting” because Quraishi was not a civil rights trailblazer.

Rather, Quraishi was a former U.S. Army officer who, when questioned by the Senate Judiciary Committee, refused to defend Sharia law.  Now, CAIR joins social justice groups such as Muslim Advocates in applauding Biden’s pick, predicting that Choudhury “would bring legitimacy to the judiciary by pushing it towards justice.”

Through a decade of litigation, Choudhury has displayed a glaring inability to balance individual freedoms with law and order. Her decision to represent clients who may constitute serious national security threats demonstrates a reckless disregard for public safety.

The Senate Judiciary Committee should question the nominee’s ties to extremists such as CAIR, and demand answers regarding Choudhury’s willingness to support suspected terrorists in the name of social justice. They must ask if she will preserve the use of classified evidence in U.S. courtrooms — an enduring target of Islamist lobbying efforts — or determine if she is comfortable exposing confidential sources and sensitive investigative techniques.

Everyone, including foreign nationals, deserves their day in court. Yet, as an Article III judge serving a lifetime appointment, Choudhury would be positioned to indelibly alter the manner in which terrorism crimes are prosecuted. And for that, she deserves the Senate’s undivided attention.

Benjamin Baird is the director of Islamism in Politics, a project of the Middle East Forum

CAIR Leader in Minnesota Stomps on a Landmine at Hamline University