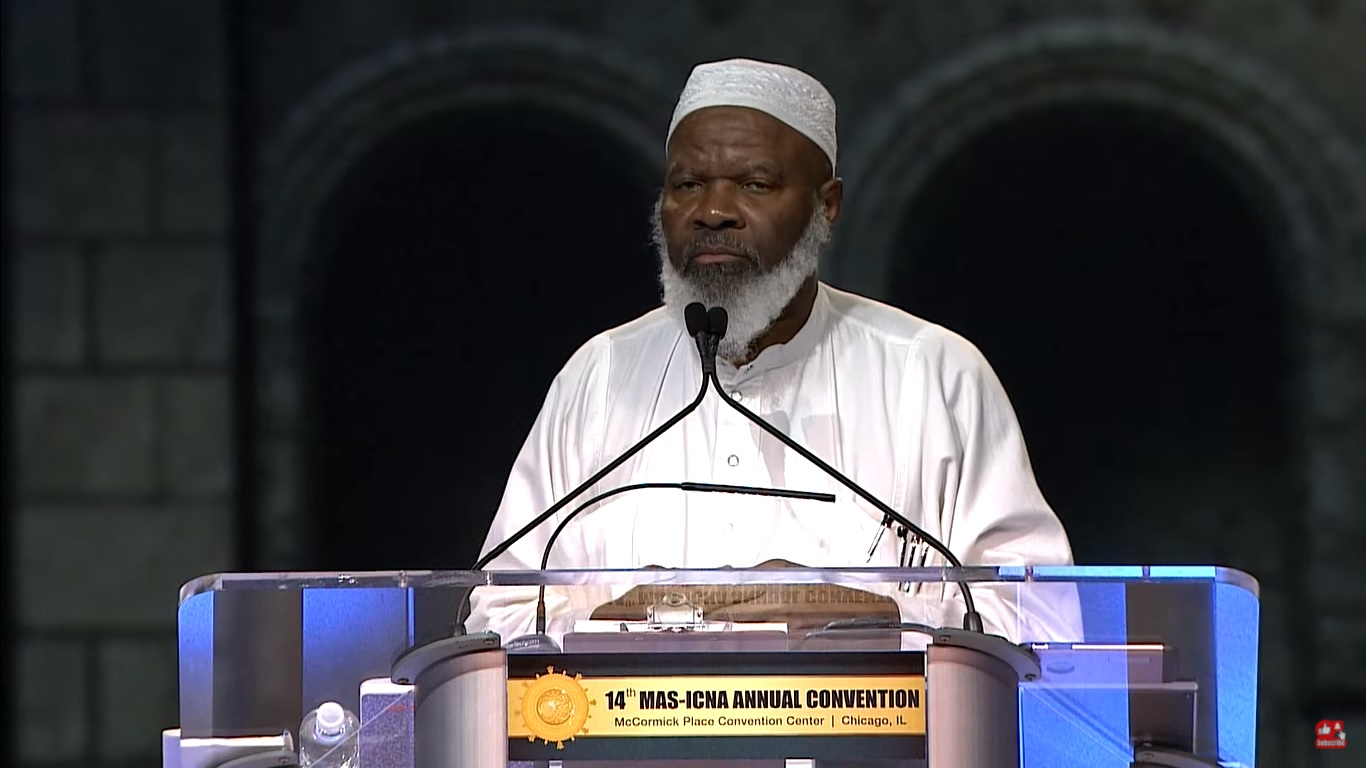 Turkey’s President Recep Tayyip Erdoğan recently gave an “international benevolence” award to an imam in New York City who has declared that the proper punishment for homosexual and extramarital sex is death and that Muslims should not be friends with their non-Muslim neighbors in the United States.

Erdoğan bestowed the same honor on an entertainer who declared that Salman Rushdie should be killed in light of a fatwa issued by Ayatollah Khomeini in 1989.

Erdoğan bestowed the International Benevolence Award award on Wahhaj and other recipients on March 15, 2022, at a ceremony in Ankara organized by the Diyanet, a state institution that oversees the practice of Islam in Turkey and has promoted Islamism in Europe and the U.S. The Daily Sabah, published in Istanbul, covered the story.

Another recipient of the award was Yusuf Islam, formerly known as the entertainer Cat Stevens, who affirmed a fatwa calling for the death of author Salman Rushdie issued by Ayatollah Khomeini in 1989. In an appearance on BBC, the entertainer was asked if Rushdie deserved to die and the singer responded, “Yes, yes.”

In the same segment, Islam was asked if he had an obligation to be Rushdie’s executioner. He responded with “No, not necessarily, unless we were in an Islamic state and I was ordered to, say by the judge or the authority, to carry out such an act, perhaps, yes.”

And when asked if he would attend a rally at which Rushdie was burned in effigy, Islam responded with, “I would hope that it would be the real thing, but actually, no, if it’s just an effigy, I don’t think I’d be that moved to go there.”

Erdoğan gave the benevolence award to the singer for his charitable work which has come under scrutiny over the years.

Writing for the New York Post in 2014, Andrea Peyser reported that “A US government official said Islam was believed to have made donations that wound up supporting not only Hamas but Omar Abdel-Rahman, the blind Egyptian sheik convicted of seditious conspiracy for plotting to bomb New York City landmarks. (Islam said he never ‘knowingly’’ funded terrorists.)”

The Daily Sabah reported that the awards committee declared that “Wahhaj, like his name, spreads the light of Islam.” (Wahhaj means “bright light” in Arabic.) The outlet added that Wahhaj received the award because of his anti-drug activism, which reportedly garnered the praise and support of community leaders in New York City.

Wahhaj has a long history of promoting Islamist extremism as imam of At-Taqwa Mosque in Bedford-Stuyvesant. The imam allowed Omar Abdel-Rahman, the previously mentioned “Blind Sheikh,” who masterminded the bombing, to speak at his mosque.

During one of Abdel-Rahman’s talks at Wahhaj’s mosque, the sheikh reportedly called on congregants to rob banks in the name of Islam. Reporting in the Wall Street Journal in 2003, Paul M. Barrett wrote, “Imam Wahhaj says he interrupted to point out that there were convicted felons in the audience, and the sheik, laughing, retracted the remark.”

“Woe to the Muslims who pick kafirs [non-Muslims] for friends,” he said in a sermon documented by Stand For Peace Videos in 2017. “Woe, woe, woe to the Muslims who take kafirs as friends. Kafir will take you away from the remembrance of Allah.” Rhetoric like this can only have a divisive impact on interfaith relations in the U.S., calling into question whether or not Wahhaj is a source of benevolence as the award given to him by Erdoğan declares.

By way of comparison, the Daily Sabah reports that another recipient of the International Benevolence Award bestowed by Erdoğan, was Ahmet Aydemir, an imam from Nevşehir province in Turkey, who was feted “for his work to endear children to attending his mosque by offering them to work with him in planting flowers at the mosque’s courtyard and decorating the place of worship with flowers.”

In the speech, given in late September 2019, Wahhaj declared that Islam needed central leadership.

“And I have a feeling that the leadership is coming from Turkey,” he said to a cheering crowd. “We love you here in New York.”

Erdoğan has not disguised his efforts to influence political life in the United States but has declared them openly.

Speaking to the Muslim American Society in November 2020, he expressed his hope that Muslims would be more visible in the U.S. Congress and American politics in general, adding, “I would like to state that we, as the Turkish State, are ready to give any kind of support to any initiative and project undertaken by the Muslim-American community in this direction, as it has been before.”