Yvonne Ridley Returns to Her Captors

NewsYvonne Ridley Returns to Her Captors 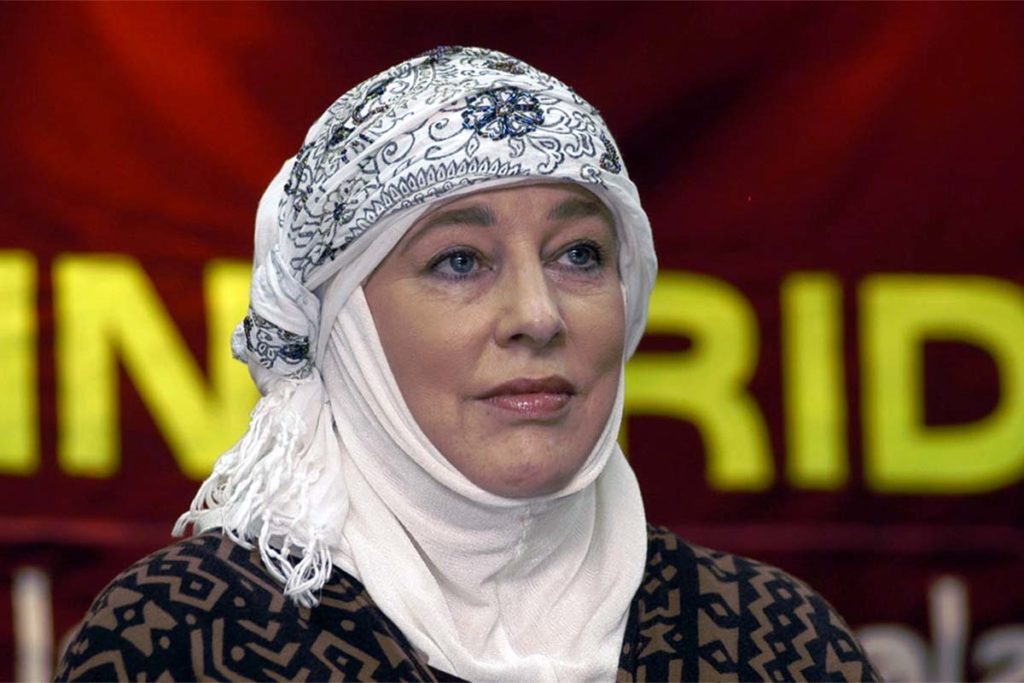 British Islamist Yvonne Ridley, a journalist kidnapped by the Taliban in 2001, is back in Afghanistan, praising the new violent Taliban regime, and demanding that the “US must unfreeze Afghanistan’s money.”

A former reporter with the Sunday Express, Ridley was held hostage for just 11 days in late 2001. Ridley reportedly “reverted” to Islam in 2003, two years later. Given her embrace of violent Islamist ideas, some critics have suggested she is suffering from Stockholm Syndrome.

Indeed, Ridley has long worked with jihadist sympathizers following her conversion.  In 2008, she joined with former Guantanamo Bay inmate Moazzam Begg and Anwar Al-Awlaki, who shortly afterwards became the head of Al Qaeda in the Gulf, until his death in a U.S. drone strike.

Ridley has been vocal in her support for Hamas over the years, calling for Zionists to be “hunted down” and: “If I could use my Palestinian citizenship, it would be to vote Ismail Haniyeh and Hamas back in again in Gaza. Victory to intifada 3! Victory to Hamas!“

Despite her Islamist views, she is not particularly ideologically consistent – working for both the Iranian regime and its Press TV channel some days, and aligning herself with Sunni jihadists on others.

The fact is that I didn’t expect to survive my detention in September 2001, but I did. Only when I was released on humanitarian grounds and given time to reflect on my experience did I realise that the movement had been portrayed falsely in the West as a bunch of brutal, evil monsters.

Back in London I tried to raise this with quite a few feminists and colleagues, but my overtures were rejected. Genuinely kind women as they are, many are still in denial that they have been fed anti-Taliban propaganda which they have lapped up.
…
It was refreshing to hear the Taliban leaders talk about peace, women’s rights and education.
…
Do the women of Afghanistan really believe that they are now going to be propelled backwards into a dark, medieval state of ignorance? I don’t think so. They have endured unimaginable hardships in wars and refugee camps; under communism and George W Bush’s “War on Terror”. The Taliban is undoubtedly misogynistic, but if it is true to its word, the movement is offering Afghanistan — and its women especially — hope, peace and stability, all of which have been absent for the past five decades. Give peace a chance, as John Lennon once sang. The people of Afghanistan deserve nothing less.