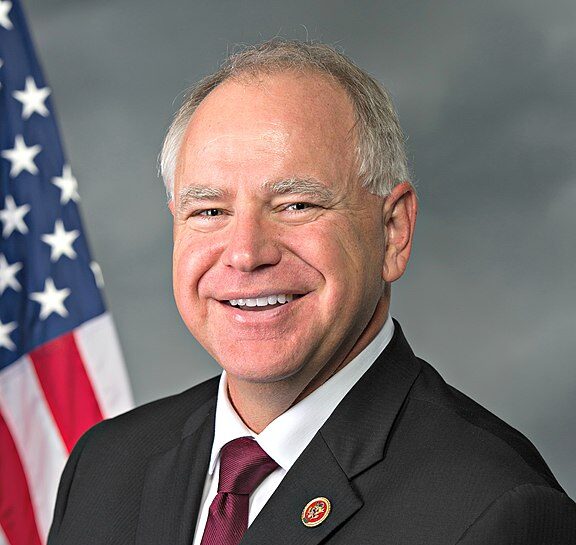 Islamists in Minnesota hit pay dirt when they invited Governor Tim Walz to speak at their annual lobbying day last month. Instead of doing what a prudent politician would have done — send a polite note regretting his absence — Walz attended the event and showered participants and organizers with praise.

“Our Muslim community adds so much culturally, so much economically, so much socially, so much to the arts, that Minnesota cannot be Minnesota without each and every one of you and with this community here,” he said during the Muslim Day at the Capitol hosted online by the Minnesota Chapter of the Muslim American Society (MAS-MN) last month.

By rewarding MAS-MN leaders with praise like this, Walz gave political capital to an organization with ties to the Muslim Brotherhood (MB), an Islamist movement that supports Hamas, seeks to impose sharia law in Western democracies throughout the world and in so doing, undermine women’s rights. No responsible politician would share the stage, online or otherwise, with a MB front group, but that’s what Walz did.

MAS leaders will deny it, but their organization’s ties to the MB are irrefutable. In 2004, the Chicago Tribune reported that the organization was founded in Illinois in 1993 by Islamists intent on obscuring their connections to the MB. In 2012, convicted terrorist Abdurrahman Alamoudi stated, “”Everyone knows that MAS is the Muslim Brotherhood.” (Not Walz, apparently.)

It’s not as if the Minnesota chapter of MAS is an Island of progressivism in a sea of Islamism. MAS-MN’s executive director Asad Zaman, who appeared at the event, has used social media to broadcast Holocaust denial, and numerous posts praising the South Asian Islamist group, Jamaat-e-Islami responsible for the mass murder of tens of thousands of civilians during Bangaldesh’s 1971 Liberation War. He has even praised Jamaat-e-Islami leader Motiur Rahman Nizami who was convicted and executed for his role in the killings.

Is this what Walz is talking about when talks about how much Muslims have contributed to Minnesota?

Another speaker at online event was Abdirahman Kariye, the Imam of Dar Al-Farooq Islamic Center in Bloomington, a mosque that has seen six of its members leave, or attempt to leave, the United States to join Al Qaeda or the Islamic State. One member is presumed dead as a result of his trek. Kariye himself has little regard for equality between the sexes, and has insisted that young girls should be forced to wear the hijab, a practice condemned by numerous commentators including Egyptian doctor Baher Ibrahm, who asked in the Guardian in 2010, “what is the point of a child or pre-pubescent girl wearing a hijab?” None of this has prevented Kariye from becoming the poster child for the ACLU’s lawsuit against U.S. Custom and Border Protection.

The ACLU is one thing, but why did Walz, a high-ranking elected official and a “progressive” to boot share the stage, albeit an electronic one, with a leader who espouses these ideas? Is this the agenda that a prominent liberal should be affirming with his presence? Sadly, Walz was not the only high-ranking Minnesota politician to attend the event. Lieutenant Governor Peggy Flanagan and Speaker of the House Melissa Hortman also showed their faces during the online gathering.

Walz, Flanagan and Hortman did not do Minnesota’s Muslims any favors by attending a MAS-MN sponsored event last month. By embracing Islamist leaders as they did, Minnesota’s elites empowered Islamists who seek to undermine American civil society and demoralize secular and moderate Muslims who seek to counter them.

This is not what responsible leadership looks like. Minnesota needs to do better.

Dalia al-Aqidi (@DaliaAlAqidi) is an international award-winning journalist who serves as a senior fellow at the  Center for Security Policy and as commentator for the Arab News. In 2020, she ran in the Republican primary for the Minnesota’s 5th Congressional District.