Once Again, London Has an Islamist-Run Borough 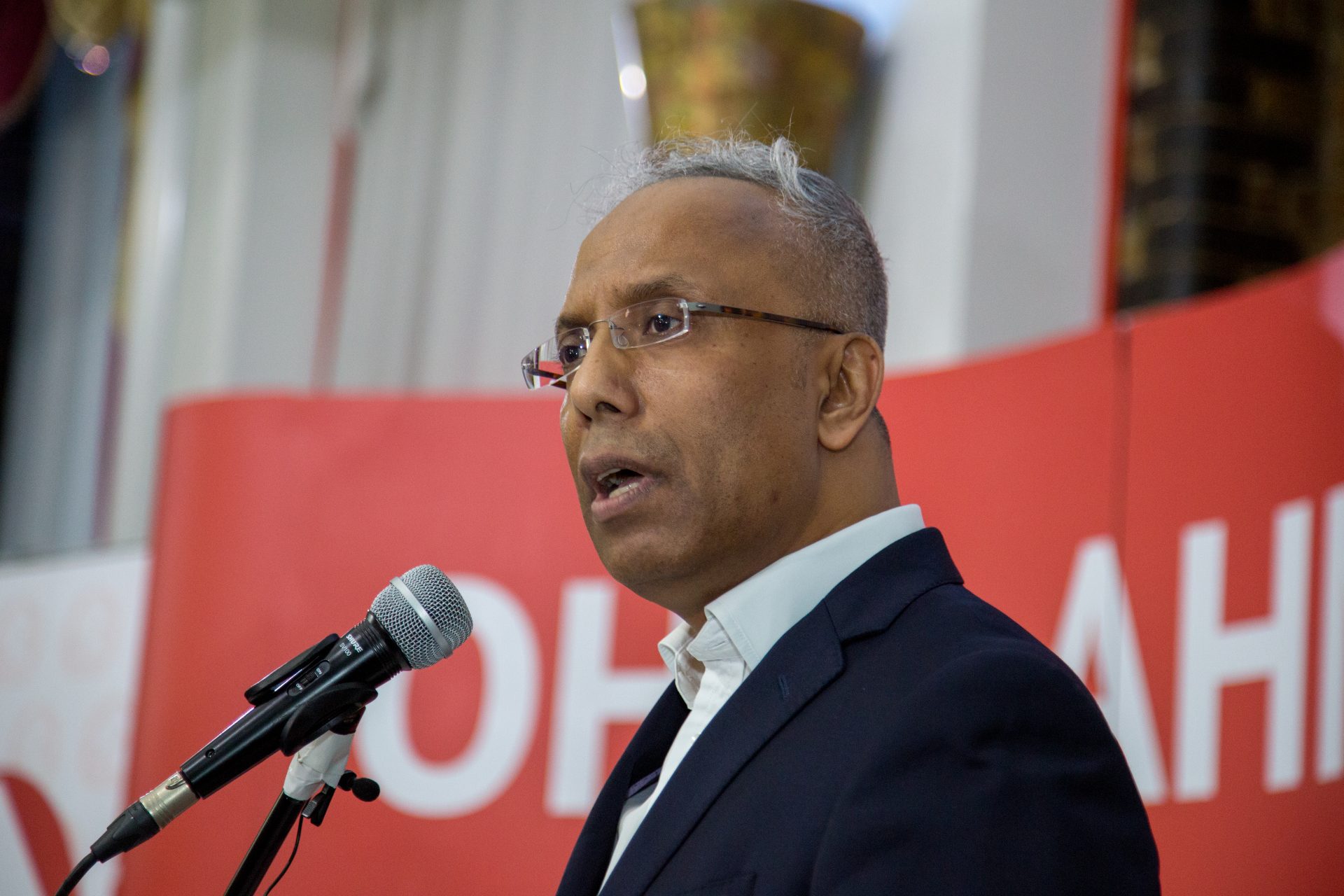 The United Kingdom’s local elections at the beginning of May were dramatic. Across Britain, much was made of the fact that the ruling Conservative Party lost almost 500 council seats in the wake of scandal and sleaze. Meanwhile, endless hours of analysis on the BBC have been dedicated to Northern Ireland, where Sinn Fein, the political offshoot of the IRA, achieved a majority for the first time.

But it is in the London borough of Tower Hamlets where more focus should perhaps be placed. The Islamist-linked Aspire Party has just won a sweeping victory. It now controls a majority 24 of the 45 seats available, with the party’s founder – Islamist activist and fraudster Lutfur Rahman – now the mayor.

This is not Rahman’s first stint in charge of this important London borough. He served as mayor from 2010 to 2015, initially as a representative of the Labour Party. His tenure was marked by widespread Islamist extremism, cronyism and outright corruption – all exposed by expertly-conducted documentaries and investigations from mainstream British media, although largely ignored or downplayed by police and national politicians.

The danger Rahman posed was apparent from the beginning. In his first year, Rahman was thrown out of the Labour Party for his Islamist links, after a local secular Bangladeshi politician, Helal Abbas, revealed Rahman’s ties to the Islamic Forum of Europe (IFE).

Abbas’s warnings concerned many. The IFE was founded in 1990 by Chowdhury Mueen-Uddin, a leading member of the violent Islamist movement Jamaat-e-Islami – one of the most active extremist groups in South Asia, of which offshoots include terrorist organizations designated as such under U.S. law.

In November 2013, a Bangladeshi War Crimes Tribunal sentenced Mueen-Uddin to death in absentia for his role in the abduction and murder of 18 journalists and intellectuals during the 1971 Liberation War against Pakistan. Mueen-Uddin was reportedly in charge of Jamaat-e-Islami’s Al-Badr killing squad, which collaborated with the Pakistani regime.

Mueed-Uddin then imported his extremism to Britain. For the last three decades, IFE has served as a key “European wing” of Jamaat-e-Islami.

A 2009 training course organized by the IFE for its members featured hardline Jamaat-e-Islami literature, with one IFE official, Muhammad Rabbani, explaining that “Our goal is not simply to invite people and give da’wah [call to the faith]” but to “mobilise those believers into an organised force for change who will carry out da’wah, hisbah [enforcement of Islamic law] and jihad.”

To achieve this new political order, the IFE “strives for the establishment of a global society, the Khilafah … comprised of individuals who live by the principles of … the Shari’ah.”

In East London, the IFE has been working to impose this political vision. A series of investigations by leading British journalist Andrew Gilligan uncovered that the IFE had been crucial in the election of Rahman and other radical politicians.

George Galloway, a frequent fellow traveler of Islamists (and today a leading apologist for Vladimir Putin), as well as an ally of Rahman, declared in 2005 during a speech at the IFE headquarters, following his own election victory: “I am indebted more than I can say, more than it would be wise — for them — for me to say, to the Islamic Forum of Europe. I believe they played the decisive role … in this historic victory.”

In return for the IFE’s support in 2010 for Rahman, the Bangladeshi Islamist mayor appeared to hand the Islamist group significant levels of control, appointing IFE activists to senior council positions, and handing out grants to IFE sister organizations.

Councillor Abjol Miah, an IFE activist who worked closely with Rahman and who belonged to Galloway’s Respect Party, told an undercover reporter that: “We’ve actually consolidated ourselves now.  We’ve got a lot of influence and power in the council, councillors, politicians.”

(Years later, Miah joined the Liberal Democrat party, before he was suspended for deeply anti-Semitic posts on his social media)

The extent of Islamist influence and control over this sizeable London borough and its government was extensive and disturbing.

Critics even widely suspected the IFE and Rahman of masterminding revenge against Helal Abbas, a Labour candidate, for having dared to speak out. Shortly after exposing the Islamist grip on the borough, Abbas was the target of spurious smears by a free Bangladeshi East London newspaper supportive of Rahman’s campaign, the London Bangla, which accused him of “wife-beating.”

The paper’s usual run of 30,000 copies handed outside mosques in London was tripled to 90,000 for this special edition, paid for by a “mystery funder.”

But eventually, this corrupt Islamist cabal was stopped.

Rahman’s downfall was dramatic. In 2015, now representing the Tower Hamlets First party, Rahman was removed from office and banned from running again for five years, after an election court found him and his party guilty of electoral fraud.

Rahman and his party were found, James Bloodworth summarizes, “to have engaged in postal vote fraud, given false statements, committed bribery and used ‘undue spiritual influence’—illegally warning voters that it was a ‘sin’ to vote for rival candidates.”

Despite the litany of misconduct and radicalism, for many years, Rahman and his cronies simply got away with it, and Islamists became significantly stronger all across East London – which emerged, during and after Rahman’s time in office, as a key recruiting ground for ISIS.

But how did Rahman remain so long in office? Writing in the Daily Beast, Bloodworth notes that “Political correctness may go some way to explaining why neither London’s Metropolitan Police nor the Labour party ever brought a prosecution against Rahman.”

Bloodworth further notes that the judge in the electoral fraud inquiry concluded “Rahman regularly played the ‘race card’ and critics were silenced ‘with accusations of racism and Islamophobia.’”

Now Rahman is back. The interdiction preventing him from running for public office has expired. And his Aspire Party appears to be partly the same group of cronies and radicals that imposed Islamism and corruption on Tower Hamlets between 2010 and 2015.

Rahman’s key supporters in his recent election, for instance, include Shahed Ali, an Islamist activist with a particular obsession over “filthy … Zionist Joos” and a former member of Rahman’s administration who, the Times reports, was “sentenced to five months in prison in 2016 after admitting housing fraud and faced a five-year ban from holding office.”

Some are at least calling for greater scrutiny of Rahman and his administration. In March, Lord Hayward warned the House of Lords about Rahman’s imminent return, stating:

“Lutfur Rahman is appealing for votes in a sectarian manner in Tower Hamlets. He is not appealing for votes in the interests of any broad community. He says in his election broadcast that he “feels the pain” of the community. He does not. He feels the desire to rehold an office from he has been banned and should have been banned for a much longer period. He is not serving the Bengali community in Tower Hamlets; he is serving himself and, in the words of Richard Mawrey, ‘his cronies.’”

One candidate, Nazir Ahmed was suspended by the Labour Party in 2021 after it emerged he had published anti-Semitic posts on social media.

Moreover, a number of the candidates can been linked to other groups tied to East London Islamism. Ahmed and fellow candidate Ohid Ahmed, for instance, also appear to manage Voice for Global Bangladeshis, a mysterious organization whose various officials are closely involved with Universal Voice for Justice, a group which openly promotes Jamaat-e-Islami causes and is run by self-declared members of Jamaat-e-Islami.

With a budget of well over a billion dollars, Lutfur Rahman and his Islamist allies will inflict an enormous amount of corruption and radicalism on the borough of Tower Hamlets, likely once again driving out moderate Muslims and secular Bangladeshis, and redirecting taxpayers’ money to the pockets of Islamists with violent designs.

It previously took five years for local police, electoral officials and politicians to realize the danger and act. How long will Rahman and his cronies’ reign last this time?

Sam Westrop is director of Islamist Watch, a project of the Middle East Forum