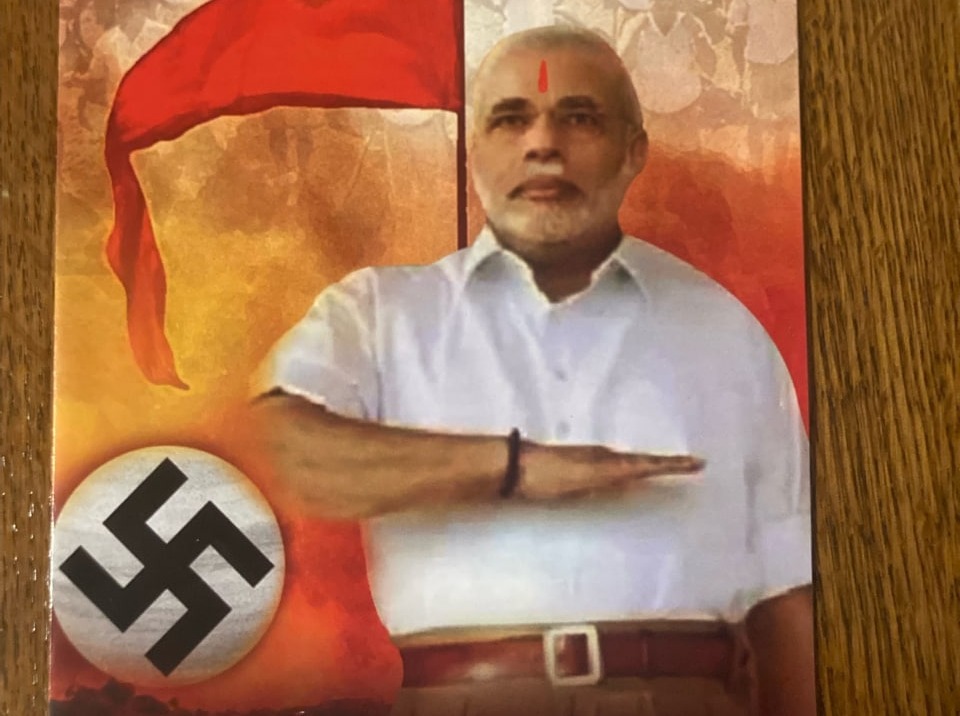 The Islamic Society of North America (ISNA) bills itself as a promoter of harmonious interfaith and interracial relations in the United States. In fact, it is a prominent source of anti-Hindu propaganda in America.

Aggressive anti-Hindu and anti-Indian propaganda was on full display at its annual convention that took place outside of Chicago earlier this month. Speakers and organizations with long histories of promoting anti-Indian hostility were given free rein to promote their message of hate at the convention.

Statements made during panel discussions about the decades long conflict between India and Pakistan over Kashmir –– as well as a variety of pamphlets distributed by other organizations at the convention –– were so aggressively hostile that observers might ask if ISNA is intent on bringing the India-Pakistan conflict into the United States as Islamists have done in the UK with false claims of kidnap and mosque attacks.

The convention featured one panel titled: “Hindu Nationalism: A Threat to Human Rights & Religious Freedom Globally.” The panel included Ajit Sahi and other members of the Indian American Muslim Council, (an organization whose spokesperson lamented the fall of the Taliban in Afghanistan in 2002).

In closing his remarks, Sahi invoked the Crusades, reminding the audience that just as those Christians were ready to show their faith by committing genocide against Muslims all those centuries ago, so are Hindu Nationalists and the supporters of Modi today.

Another video shows a young Sahi (again, addressing SIO) claiming that acts of violence committed across India by SIMI were actually committed by Indian intelligence agencies.

Ajit Sahi’s extremist positions extend beyond his disdain for Hindus and supporters of Modi. He has expressed his support for terrorist groups like ISIS and Hamas. He once tweeted: “A US citizen has the right to kill trespassers on his land. But the Taliban and ISIS are terrorists when they shoot the invader?” On another occasion, he tweeted his belief that ISIS is supported by the United States and that Israel is guilty of genocide.

Anti-Hindu rhetoric was also evident in literature distributed at the convention by Justice For All (JFA), a non-profit organization that describes itself as “a human rights organization focused on Muslim minorities.”

The front page of a JFA pamphlet distributed at ISNA’s convention featured a swastika set alongside an image of Indian Prime Minister Narendra Modi making a hand gesture resembling a Nazi salute. Inside the booklet, a two-column chart posits a direct equivalence between “Indian Nazis” and “German Nazis.”

The pamphlet reports that “Hitler was a cult figure admired as the ‘unknown soldier’” just as “Modi is a cult figure admired as a humble chai wala (tea seller).” It also suggests that the law banning Kosher slaughter in Nazi Germany is mirrored today by boycotts and campaigns against halal slaughter in India – later admitting in the footnotes that there is no such law against halal in India.

Another pamphlet distributed by JFA purports to quote a Washington Post article declaring India as “The Most Racist Country In The World.” The article is an apparent fabrication with no record of its publication in the paper’s archives.

ISNA’s decision to allow JFA to rent a table at the exhibit hall at its convention is particularly troubling as JFA has lengthy, well-documented ties to violent terrorist organizations in South Asia.

JFA was established by Sound Vision Inc., the media wing of the Islamic Circle of North America (ICNA), which has long been recognized as the American branch of Jamaat-E-Islami – the Pakistani violent Islamist group largely responsible for the 1971 genocide and mass rape in Bangladesh that saw the demise of over 3 million Bengalis.

In 1977, Sound Vision’s current executive director, Mohammed Ahmadullah Siddiqi, founded SIMI, a banned terrorist organization in India. While he maintains that the SIMI he founded in the ‘70s is different than the terrorist organization it has since become, the organization supported book burnings and has called for the establishment of an Islamic state during Siddiqi’s tenure as its president.

One prominent JFA activist was a Pakistani named Ghulam Nabi Fai who was arrested in 2011 by US authorities for working covertly as an agent of the Pakistani Inter-Services Intelligence (ISI), which transferred over $3.5 million to Fai for the purpose of influencing America’s policy towards Pakistan. Fai served two years in prison, and in that time, JFA has scrubbed all of Fai’s writings from its website, but one example of his work can be seen here.

Fai was present at the ISNA convention with his new organization, World Kashmiri Awareness Forum (WKAF), where he serves as the Secretary General. Serving as a board member of WKAF is Dr. Khalid Qazi, who in the past has provided financial support to the Bin Laden and Al Qaeda-linked charity, Global Relief Foundation – a US designated terrorist organization.

ISNA declared that speakers at its conference don’t reflect the views of the organization, but its bi-monthly magazine, Islamic Horizons promotes similar hostility towards India and its Hindu population.

The cover story of the May/June issue is titled “Modicaust – The Final Solution for Indian Muslims.” Immediately, the issue begins with an editorial saying, among other things, that Prime Minister Modi is the “reincarnation of Adolph Hitler,” and that “Germany 1932 is here and now in India.”

Another article in the issue is titled “Hindutva is the new Hinduism in the new India.” Apart from the abundant hyperboles and half-truths, the article also promotes the false and dangerous idea that Hinduism is one and the same as extreme Hindu Nationalism.

The article asserts, just as Ajit Sahi attested during his remarks at ISNA’s conference, Hindu Nationalism is no longer confined to India and has spread to the West and the rest of the world. It has since become the most dangerous form of “Islamophobia,” posing the biggest threat to Muslims globally –– apparently replacing the alleged threat from Zionism.

Similar sentiments are also echoed in the January/February issue of Islamic Horizons, which wore as its front cover story, “Hindutva Fascism Finds a Home in the US.” Characteristically, this article draws baseless and inflated comparisons between Donald Trump, the British Nationalist Party, and Narendra Modi, but it also names as an ally of Hindutva Fascists, former U.S. Rep. Tulsi Gabbard (D-Hawaii).

As FWI has previously reported, ISNA’s popularity has declined substantially in recent years prompting members to ask what direction the organization is going. One question that ought to be asked of the organization’s leaders is if they are using anti-Hindu propaganda in a shameful attempt to maintain relevance in American society.

Ahnaf Kalam is a writer for the Middle East Forum’s Islamist Watch.